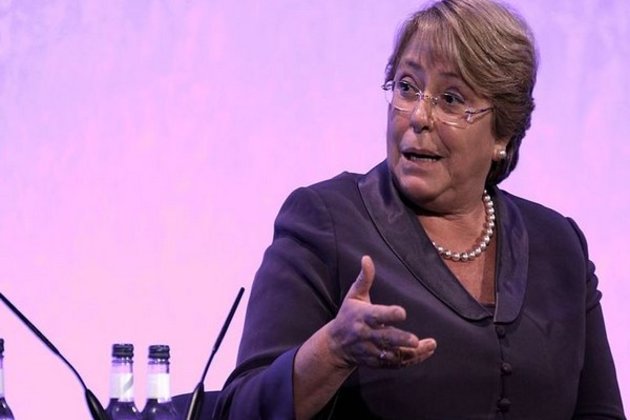 Guangzhou [China], May 28 (ANI): On the conclusion of her recent six-day trip to China, UN human rights chief Michelle Bachelet on Saturday raised concern over the arrests of lawyers, activists and journalists under the so-called National Security Law in Hong Kong.

China imposed a national security law on Hong Kong on July 1, 2020 and dozens of former opposition politicians and high-profile journalists were detained under the draconian law.

"...It is important that the Government there do all it can to nurture - and not stifle - the tremendous potential for civil society and academics in Hong Kong to contribute to the promotion and protection of human rights in the HKSAR and beyond. The arrests of lawyers, activists, journalists and others under the National Security Law are deeply worrying. Hong Kong is due to be reviewed by the UN Human Rights Committee in July, as a party to the International Covenant on Civil and Political Rights," Bachelet said today.

Beijing has a history of arresting and jailing priests and bishops, with a number still unaccounted for in recent decades.

The recent arrest of a 90-year-old retired bishop of Hong Kong cardinal Joseph Zen has prompted a response from security chief Chris Tang who said that the detention was in accordance with the law and in line with the Vatican's idea of justice.

The detention of Joseph Zen came months after the state-run media attacked his activism in a series of articles.

While the arrest in Hong Kong of a journalism professor, on charges of conspiring to publish seditious material, has troubled academics and journalists alike and shows how the city authorities continue to punish dissenting voices.

Allan Au, 54, a lecturer and consultant at the Chinese University of Hong Kong (CUHK) journalism school was detained by city authorities on April 11 this year.

In a report titled The Great Leap Backwards of Journalism in China, published on December 7, 2021, RSF revealed the system of censorship and information control established by the Chinese regime and the global threat it poses to press freedom and democracy.