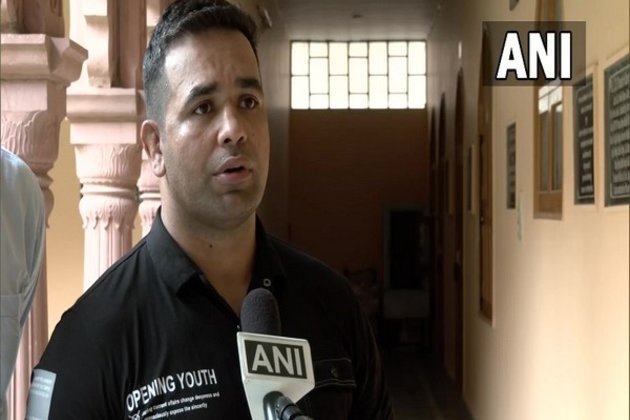 By Vivek Prabhakar SinghRohtak (Haryana) [India], May 28 (ANI): Banned for life by the Wrestling Federation of India for hitting referee Jagbir Singh, wrestler Satender Malik has refuted allegations against him and has sought a retrial for selection for the Commonwealth Games 2022 in Birmingham.

The incident happened after Malik lost the 125kg final during the Commonwealth Games 2022 trials, prompting the WFI to impose a life ban on the grappler.

"My career is in the last stage as I have only two-three years left with me to compete. We cannot play after a certain age. All of my opponents are 23-24 years old which means they are 7-8 years younger than me. My request is that it is the last time of my career, I want to come up with a good performance and prove myself. So, I request trials once again," Satender Malik told ANI.

"Asking for a fresh trial is my right. The jury who have changed their decision should be asked why they do this to players. It is after all a trial not a major competition like World Championship which can't happen again once it is done. There is no medal involved here. It is a matter of a trial. They can take trials as many times they want if officials have not done their job in a fair manner," he added.

The wrestler said Singh's allegations are false and claimed he keeps changing his statement.

Malik said he was sure of winning the bout and claimed that the referee gave a "wrong decision". The wrestler said that many wrestlers were present at the stadium during the incident.

Malik was banned for a lifetime by the Wrestling Federation of India for hitting referee Jagbir Singh inside the KD Jadhav Hall at the IGI Stadium.

"The moment he punched the referee at the stadium we decided to impose a life ban on Satender Malik. He will not be allowed to take part in any event of wrestling from now onwards," WFI Assistant Secretary Vinod Tomar had told ANI. (ANI)