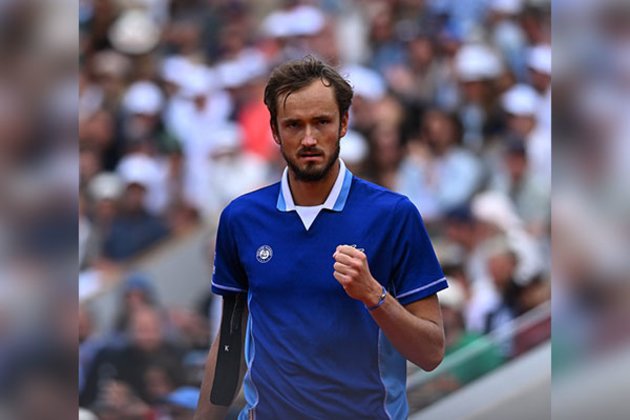 Paris [France], May 28 (ANI): World number two Daniil Medvedev advanced into the fourth round of the French Open 2022 after a stunning straight-sets win over Miomir Kecmanovic in the third round on Saturday.

The second seed produced a high-class performance to ease past the World No. 31 Kecmanovic by 6-2, 6-4, 6-2 in Paris. The second seed needed just an hour and 48 minutes to dispatch Kecmanovic.

Rublev is making his fourth appearance in Paris, with his best result a run to the quarter-finals in 2020. In the next clash, Rublev will take on Jannik Sinner in the fourth round.

Earlier, Jannik Sinner saved 11 set points in the second set before beating American Mackenzie McDonald 6-3, 7-6, 6-3 to reach the fourth round of the tournament. (ANI)